ST. CHARLES, Mo. (KMOV.com)– A St. Charles man is on a mission to raise awareness for Rett Syndrome.

Jay Murry is a solo, ultra-marathoner.

He has been walking in his subdivision on Napa Lane since Saturday morning and through the night to reach his goal of 100 miles. And with each step, Murry is raising money for Rett Syndrome research.

Rett syndrome is a rare non-inherited neurological disorder caused by a gene mutation in the brain.

When asked what inspired him, Murry credited a student at Fort Zumwalt West High School.

“Even though she couldn’t speak I noticed there was some fire in her eyes, a very active mind,” he said. “So that intrigued me, that combination.”

Washington University sports fans will recognize Murry as the voice of the Bears. He does play-by-play for the teams.

This is the third year he’s taken on an ultra-marathon for Rett Syndrome and sometimes he gets a little help along the way from friends who will join him for hours of walking. 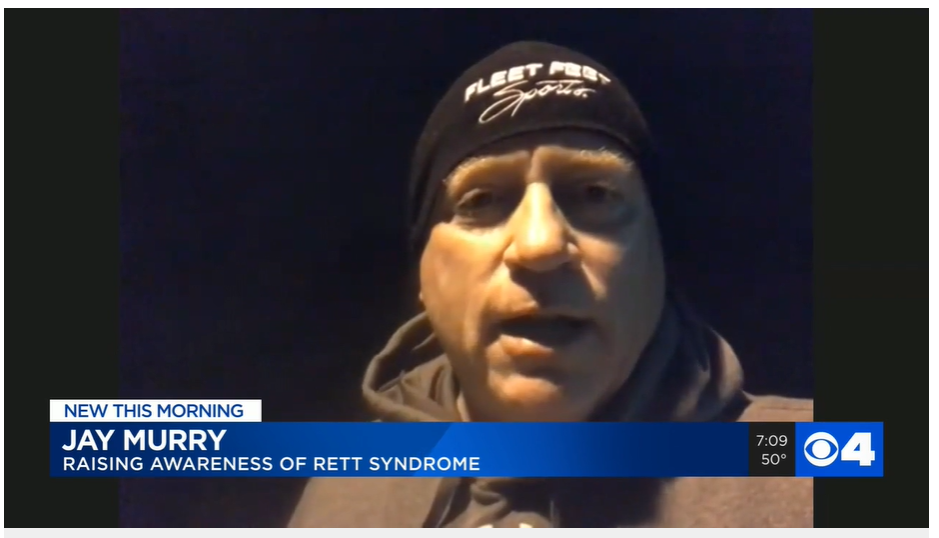